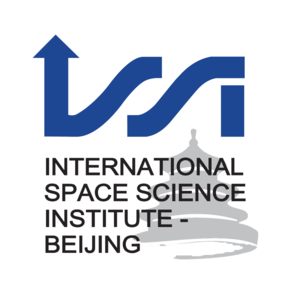 25. August 2021:
On August 24/25, 2021, the ISSI and ISSI-Beijing International Team led by Prof. Wei Feng from the Institute of Geodesy and Geophysics of the Chinese Academy of Sciences and Prof. Adrian Jäggi from the Astronomical Institute of the University of Bern (AIUB) had its first meeting. The team supported by ISSI and ISSI-Beijng is a direct outcome of the round table COST-G Sino-European Meeting that was taking place 16.-17. January 2020 in Bern. The aim of the team members is to join their effort for gravity field modelling, especially to investigate the added contribution from China to generate established combined time-variable models to be included in the Combination Service for Time-variable Gravity Fields (COST-G). In addition, the simulation of constellation design for Chinese gravity satellites will be performed to pave the way to multi-pair gravity missions for improving our understanding of mass redistribution between the hydrosphere, cryosphere, atmosphere, and lithosphere. 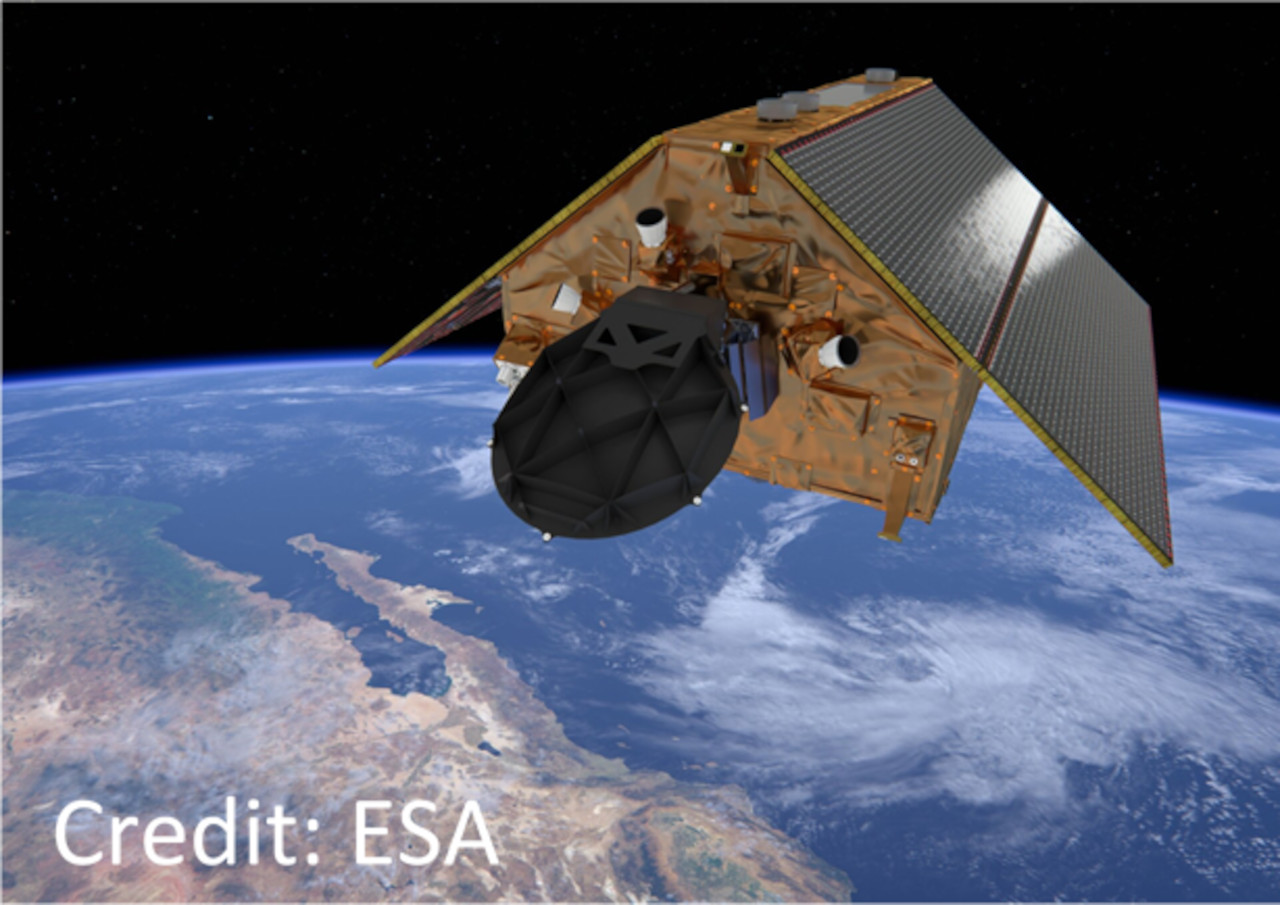 20. August 2021:
On November 21, 2020, the satellite Sentinel-6A was launched into a low orbit. As the first Sentinel satellite it carries on board a GNSS receiver allowing it to also use the signals of the European Global Navigation Satellite System Galileo for orbit determination. The Astronomical Institute of the University of Bern (AIUB) is determining high precision orbit parameters of Sentinel-6A using GPS and Galileo within the framework of the Copernicus Precise Orbit Determination (POD) Quality Working Group.

Geodesy for a Sustainable Earth

2. July 2021:
Under the motto "Geodesy for a Sustainable Earth" the International Association for Geodesy (IAG) has held a scientific assembly with predominant online participation as a hybrid meeting in Peking from June 28 until 2 July 2, 2021. In his role as President of Commission 2 "Gravity Field", Prof. Adrian Jäggi from the Astronomical Institute of the University of Bern (AUB), together with the Vice-President of Commission 2, Prof. Mirko Reguzzoni from Politecnico di Milano, was in charge of organizing the conference’s symposia 2a "Static Gravity Field" and 2b "Time-variable Gravity Field". Both symposia together comprised overall 11 Sessions providing a comprehensive overview of the current research on the topic of Earth gravity field determination by 72 oral and 78 poster presentations. In Session 2b.1 "Analysis Methods", dealing with the methodologic relevant aspects of gravity field determination using satellite data, Prof. Jäggi was also chairing the meeting.

Repro3 – Reproccessing of 25 years of GNSS Data at CODE

24. June 2021:
The Center for Orbit Determination in Europe (CODE) affiliated at the Astronomical Institute of the University of Bern (AIUB) has reprocessed data amounting up to more than one Million single measurements of about 300 observing stations of the International GNSS Service during the year 2020 and generated with it a consistent time series. This product will be used to calculate high-precision coordinates and velocities of a global network of observing stations which will provide the stable geodetic foundation for future scientific applications. 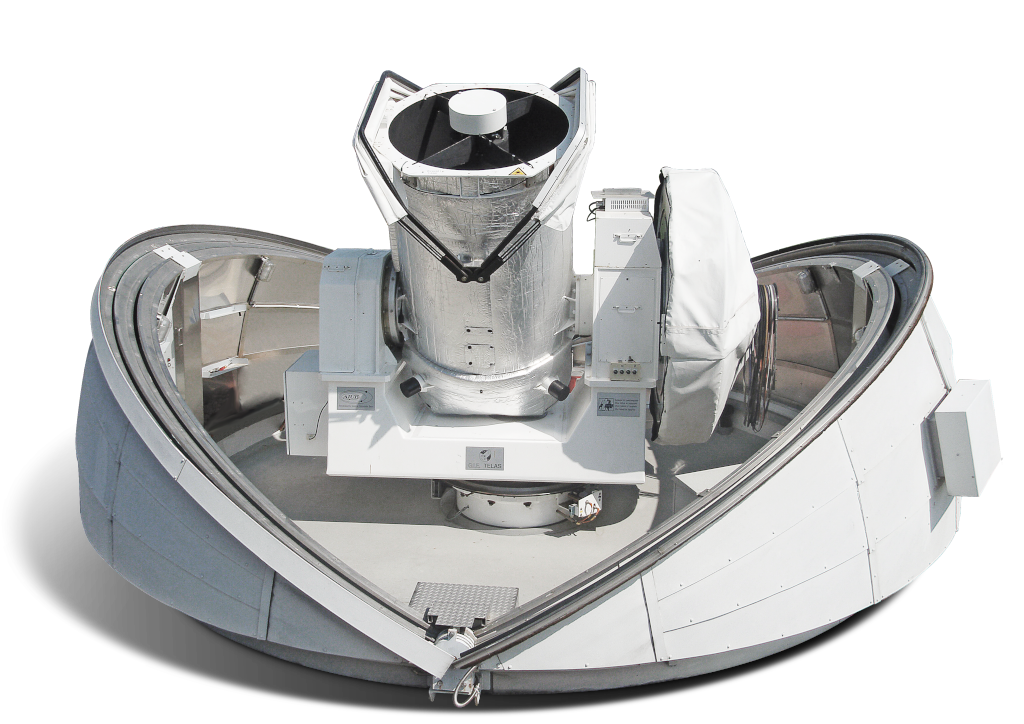 8. April 2021:
In calendar-week 13 of this year alone the satellite observation station in Zimmerwald of the Astronomical Institute of the University of Bern (AIUB) succeeded in measuring distances to over 700 satellites using a satellite laser ranging system. With this result it was the most successful station worldwide and was once more able to confirm and consolidate its foremost position at least of the northern hemisphere. 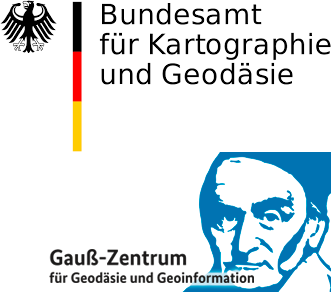 AIUB in the Advisory Board of BKG’s Gauss Center

11. March 2021:
The German Federal Agency for Cartography and Geodesy (BKG) has founded a virtual research center named “Gauss Center for Geodesy and GeoInformation”. The BKG will award contracts for research tasks to universities and research institutions via this center. On behalf of the BKG these institutions shall conduct diverse projects to gain new insights on different aspects within the disciplines of Geodesy and GeoInformation. The goal consists in subsequent using of the gained findings and developments of procedures and methods for operational works of the BKG. The Astronomical Institute of the University of Bern (AIUB), represented by its director Prof. Dr. Adrian Jäggi, is member of the advisory board of this center.

1. February 2021:
The Astronomical Institute of the University of Bern (AIUB) concluded a contract with the European Organisation for the Exploitation of Meteorological Satellites (EUMETSAT) to launch the
Bernese POD Scientific Service that shall be provided to the Remote Sensing and Products (RSP) Division within EUMETSAT’s Technical and Scientific Support (TSS) Department. EUMETSAT intends to apply the Bernese GNSS Software (BSW) as a baseline software for its scientific and operational activities related to precise orbit determination (POD) involving several missions such as EPS/Metop, Sentinel-3, EPS-SG, Sentinel-6/Jason-CS and other missions of opportunity. For this purpose, EUMETSAT has initiated a Scientific Service contributing to the maintenance and evolution of the BSW as required for EUMETSAT’s POD applications. 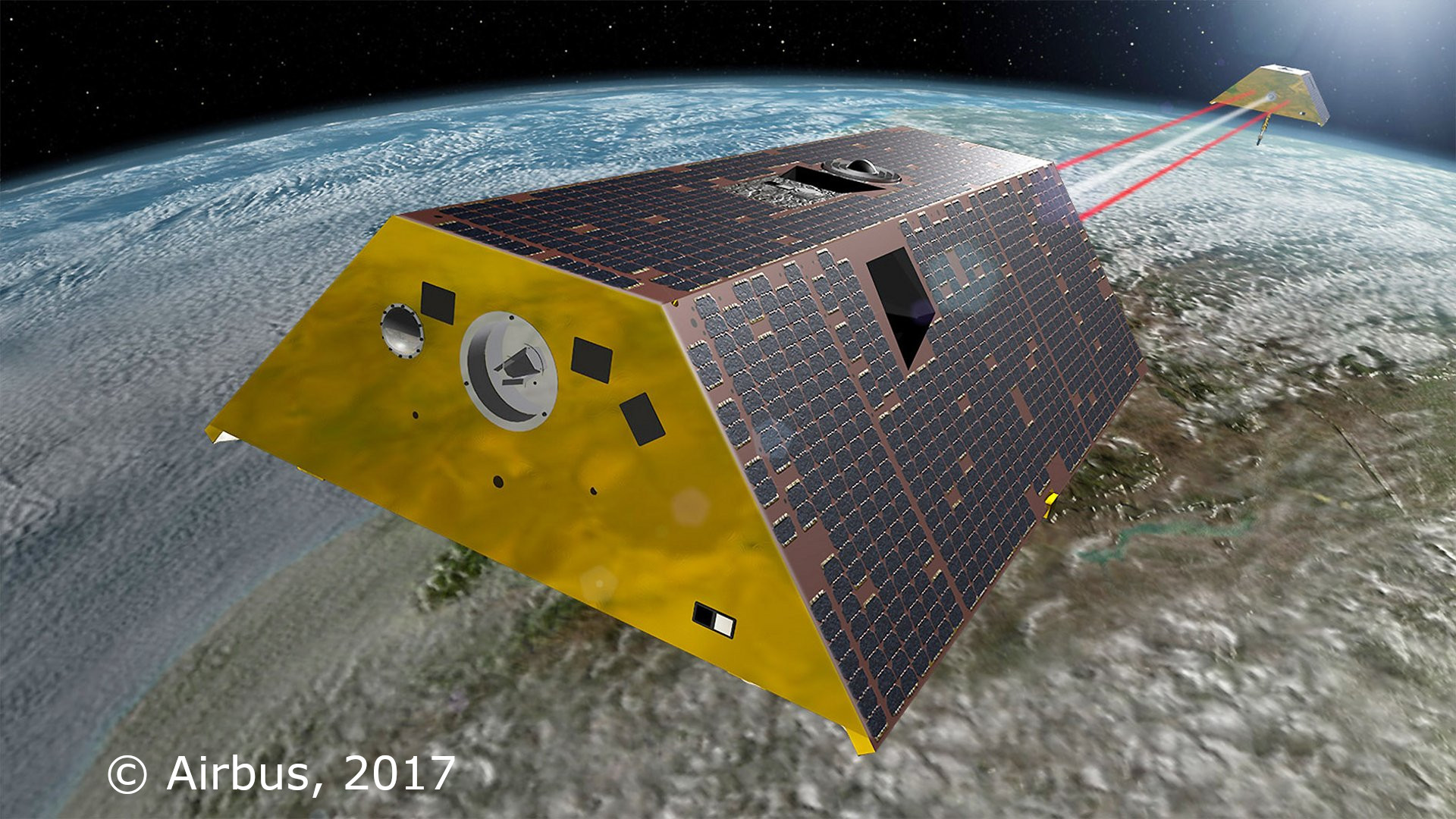 21. December 2020:
Since July 2019, the Astronomical Institute of the University of Bern (AIUB) operates the Combination Service for Time-Variable Gravity Fields (COST-G) of the International Association of Geodesy (IAG). COST-G first performs a quality control, analysing the signal content of the gravity fields provided by the GRACE-FO Analysis Centres (ACs), and then generates a combination. In November 2020, two years after the launch of the GRACE-FO satellites in May 2018, the combination at COST-G became operational, aiming at the combination of the monthly gravity fields derived from GRACE-Follow On (GRACE-FO) with short latency. 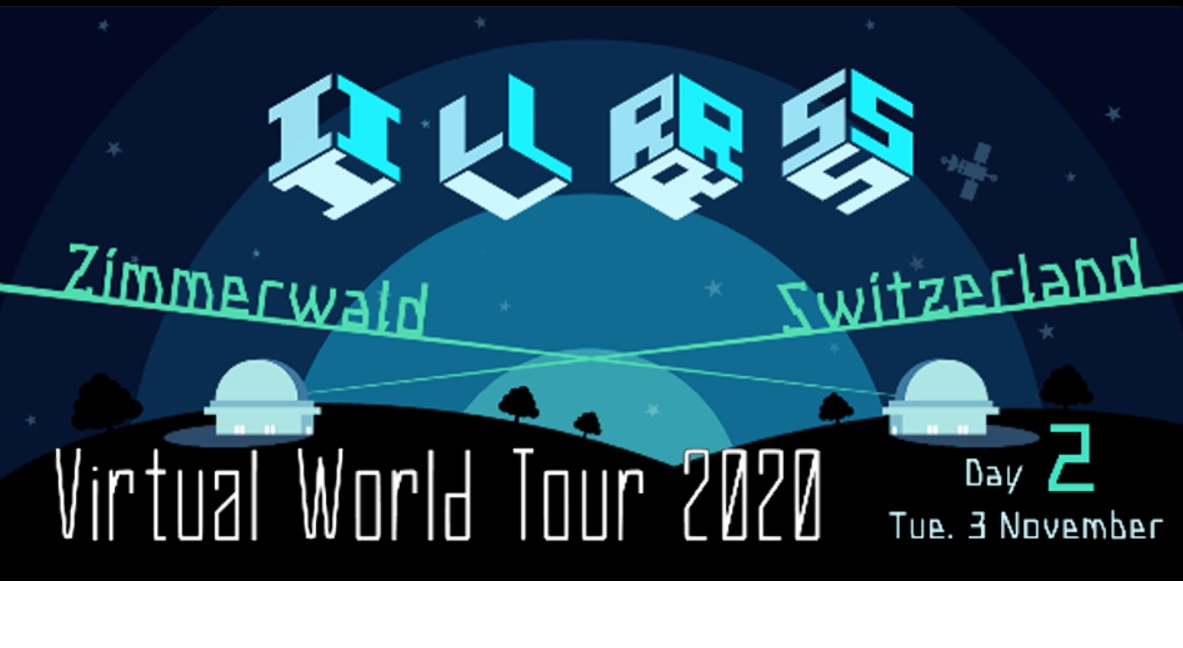 24. November 2020:
In place of an International Laser Ranging Station (ILRS) Workshop this November, the ILRS wanted to take the opportunity to try something different and look in detail at a selection of stations in the global network. This 'Virtual World Tour' took place online on November 2-6, 2020, virtually visiting 5 ILRS stations in 5 days, stopping among others also at Zimmerwald Observatory operated by the Astronomical Institute of the University of Bern, Switzerland. 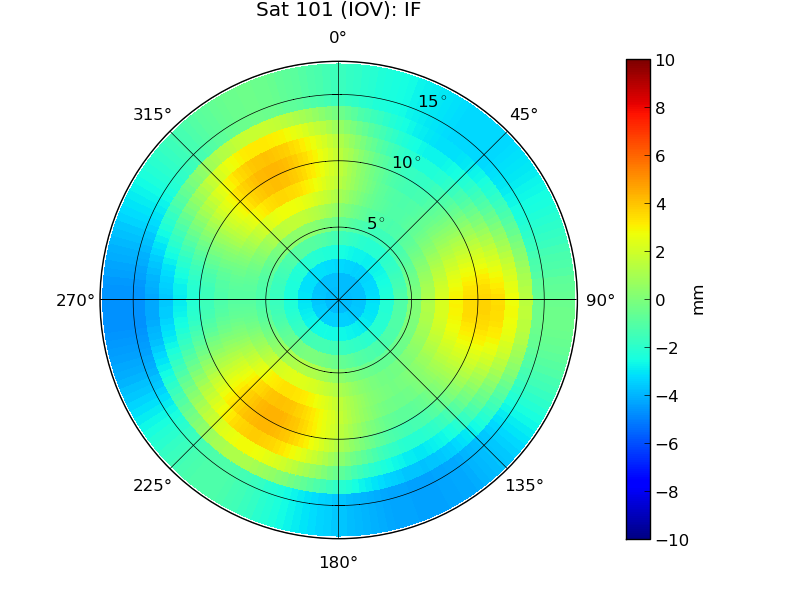 3. November 2020:
The Center of Orbit Determination in Europe (CODE) of the Astronomical Institute of the University of Bern (AIUB) successfully demonstrated for the first time that the Global Navigation Satellite System (GNSS) could make an important and independent contribution to the determination of the scale when realizing new reference frames for the Earth thanks to the disclosure of the Galileo satellite antenna calibrations. 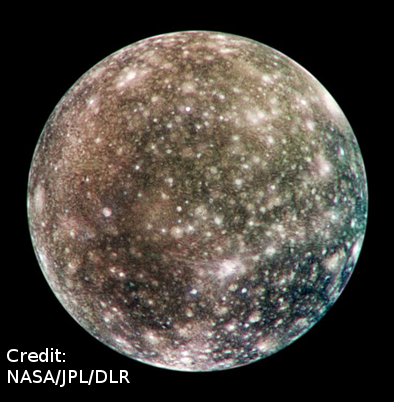 14. October 2020:
The subgroup "Orbit and Gravity Field Determination" of AIUB’s satellite geodesy group has recently initiated a new project, financed by the Swiss National Science Foundation, where the exploration of Callisto with an orbiting spacecraft is studied. 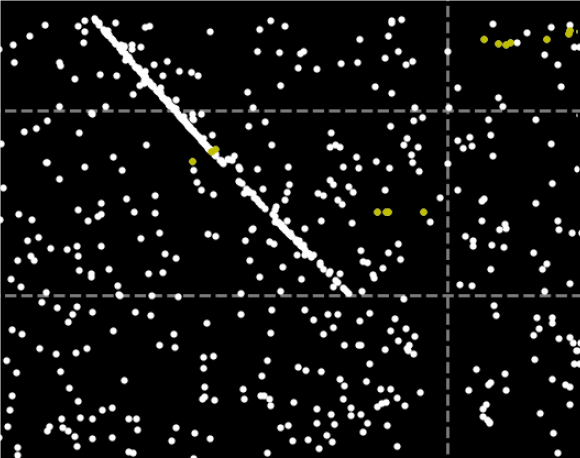 10. August 2020:
On June 24 2020, AIUB acquired the first ever daylight observations of a space debris object using a geodetic laser at the Swiss Optical Ground station and Geodynamics Observatory Zimmerwald. Such measurements may be essential to reduce the orbit uncertainty of space debris objects, hereby allowing spacecraft operators to identify close conjunctions and to devise and execute efficient avoidance maneuvers.

On March 26 we were informed by our Russian colleagues (Vladimir Agapov) that they discovered a breakup of the Atlas 5 upper stage 2009-047B (SSN 35816; apogee - 34708.9km, perigee – 6675.6km) on March 25, 2019, at 22:23 UTC. The following night we were successfully observing fragments from this event with 3 sensors at the Swiss Optical Ground Station and Geodynamics Observatory Zimmerwald. The attached animated gif shows a series of observations from the 0.8m ZimMAIN telescope.